Lee Clarke
Updated:
April 12, 2022
6
min read
VoIP is an acronym for Voice Over Internet Protocol, which is the technical term for a phone service delivered over the internet as opposed to using traditional analogue telephone lines.
We're rated 4.9 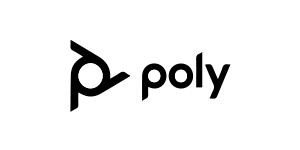 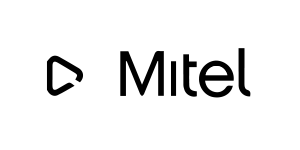 Recent advancements in technology have made VoIP more reliable and affordable than ever, and businesses are switching in their droves in order to future proof themselves and access a range of advanced features.

In this article, we explain how VoIP works, its benefits and how to get a business VoIP service.

How does VoIP Work?

Regular phone calls are transmitted across a network of traditional telephony infrastructure, with a physical path between you and the recipient of the call. VoIP phone calls, on the other hand, are transmitted quite differently.

In order to send voice signals across your internet connection, they need to be converted into digital files (data packets) from their analogue state. There are a number of ways this can be done, but usually, either an IP Phone or a softphone on a computer or smartphone will do the conversion using codecs. The codecs compress your voice signal and turn them into digital data ready for transmission. It is possible to use a traditional phone and a separate ATA (Analogue Terminal Adapter) box, but this tends to severely restrict the user’s access to the VoIP system's features.

Once your voice has been converted into data packets, they're transmitted by IP (internet protocol). Depending on who you're trying to call, this can either be across a local network to someone else in the same office or via your internet connection online.

How VoIP works with an IP phone

When you use an IP phone it performs the conversion from analogue to digital, the call is then sent across your local network as data packets, through your router and internet connection until it reaches your business VoIP provider's systems. At this point, your VoIP service provider will connect the call to its destination.

How VoIP works with a computer softphone

Using a computer to make a VoIP call is a lot like using an IP phone, albeit a piece of software installed on the computer called a "softphone" doing  the leg work.

The diagram below shows how a typical call is made using a computer and softphone:

How VoIP works with a smartphone

Similarly to a computer, in order to make a VoIP phone call using a smartphone, you need a piece of software, aka an app, to convert your analogue voice signal and to connect you to your VoIP system.

The diagram below shows how a typical call would be made using a smartphone with a VoIP app installed:

The VoIP phone system from T2k has saved us serious expenditure and has changed the way we work for the better.
Steve Knell -Altogether Care
5.0

Why use VoIP over traditional phone services?

So we've covered what VoIP is and how it works, next let's look at why you might use it instead of traditional phone services.

Using VoIP tends to be cheaper

Keeping control of costs in a business is essential, so it should come as no surprise that a significant reason to use VoIP is that it tends to be cheaper than traditional phone services. How much you'll save by using VoIP for your calls will vary from business to business, but you can see savings of up to 50%. It's not just the call costs where you'll save either, by running your phones over your computer network, you completely remove the need for separate cabling to each desk for phones.

Using VoIP for your calls instead of a traditional PBX will often open up a whole range of features and options that are new to you. Hosted VoIP providers invest heavily in their technology so that businesses can have a feature-rich telephony service.

Some of the features you can expect to get with your VoIP phone service include:

Assuming you have a high speed broadband connection, you'll benefit from better call quality and excellent reliability. Internet calls have come on leaps and bounds in recent years as the speed of internet connections has  increased.

At the time of writing the world is still under threat from Covid-19 and millions of workers around the world are working from home, rather than in an office. For those workers using VoIP services, that migration from office to home was as simple as picking up their phone and plugging it in at the other end. A business VoIP service needs only a handset and an internet connection to work, giving users maximum flexibility. Better yet, install a softphone on your smartphone or computer and do away with the office phone altogether!

The final significant benefit VoIP services provides is that these systems can easily scale and grow as a company expands. Before VoIP scaling, a phone system was a significant undertaking, requiring new hardware and most likely the installation of new phone lines too. A VoIP phone service makes things so much simpler - you already have an internet connection, the system is hosted in the cloud, so all you need is an additional license and a handset.

There are two ways a business can get a VoIP phone service: they can buy the required hardware, such as a Mitel Controller or they can subscribe to a hosted service.

Using a controller such as the Mitel MiVoice, businesses can deploy VoIP technology to between 5 and 65,000 users. The great thing about self-hosting a VoIP solution is that once you've made the initial investment into the controller, the monthly costs will be lower than if you were to subscribe to a hosted platform. That said, the cost of the equipment, its installation and its ongoing support need to be factored in to make a fair comparison. In addition to the hardware itself, self-hosting puts more reliance on your internet connection. If the internet goes down and you don't have a backup, your phones will stop working and it could lead to loss of business and damage to your reputation.

For many businesses, the idea of owning and maintaining their own telephony equipment isn't desirable and it's why most of the companies we speak to opt for the cloud-hosted route over in-house. The great thing with a hosted VoIP platform is that you have no responsibility for the upkeep, maintenance or upgrades of the hardware or software. Everything is taken care of for you, all you need to do is get a high speed internet connection, select some handsets and get ready to make some calls. Unlike a self-hosted service, if the internet goes down at your head office, your workers can simply pick up their phones or use their smartphones to continue making calls.

Joining T2K is one of the best if not the best business decisions we've made.
Paul Crisell - Vale Veterinary Clinic
5.0

How to switch to VoIP?

So you know how it works and the business benefits benefits a VoIP system can bring, but how do you switch to VoIP from a traditional phone system?

Firstly speak to a VoIP provider such as ourselves about your specific requirements. With over 28 years of experience in telephony and networking, we can help you choose the right system for your business and ensure that the transition is a smooth one.

With over 28 years’ experience in telecoms and working with hundreds of businesses across the UK, we're perfectly placed to help you with your migration to VoIP. Our pre-sales team will help you choose between an onsite system of your own or our cloud solution, Horizon, and our in-house tech team will be on hand to help with the migration. It's really that simple - call us and receive 5* service from a leading VoIP provider.

Do I have to change my phone number?

No, in almost all cases you'll be able to keep your existing phone number when you switch to VoIP.

Will I need to change my handsets?

Assuming that you're going to use office handsets rather than solely softphones, then yes it's likely you'll need to replace your handsets for models which are compatible with the VoIP system you choose.

The quality of VoIP calls has improved massively in recent years alongside improvements with internet speed and latency. A call made via VoIP today will sound just like one made using a traditional system or phone line.

Is VoIP as reliable as a traditional phone system?

Yes, in fact in many ways VoIP Is more reliable and indeed flexible than a traditional phone system. In the old days, if your ISDN line went down, it  would probably have meant you were  going to be offline for several days. With VoIP, even if your broadband does fail, you will still be able to receive calls via your smartphones and you have the option to move your handsets to a different location.

What do I have to do to make a call?

To the person that is making the call, it won't seem any different from  if they were using a traditional PBX. Equally, the recipient won't know the difference and would never realise that they are being called over the internet rather than via more traditional means.

Top 9 RingCentral Alternatives and Competitors in 2022

14
min read
3CX Review - find out why it’s considered one of the best VoIP phone systems.